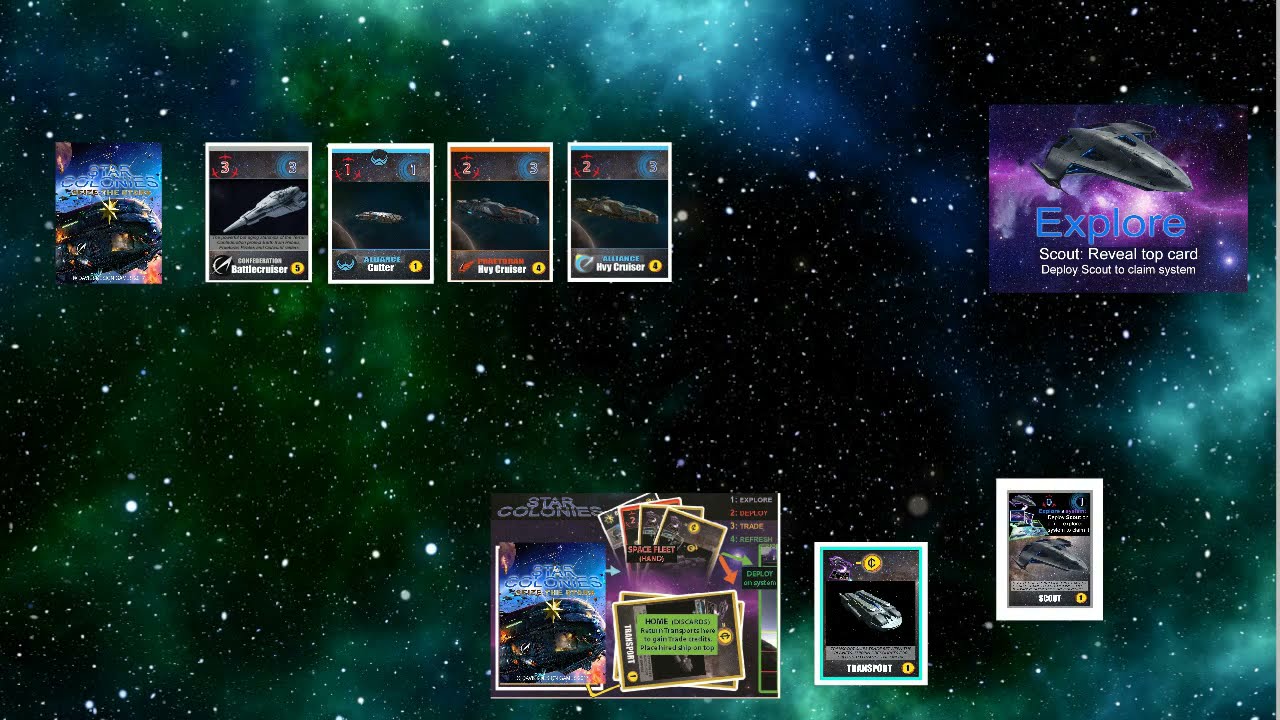 intro video & how to play 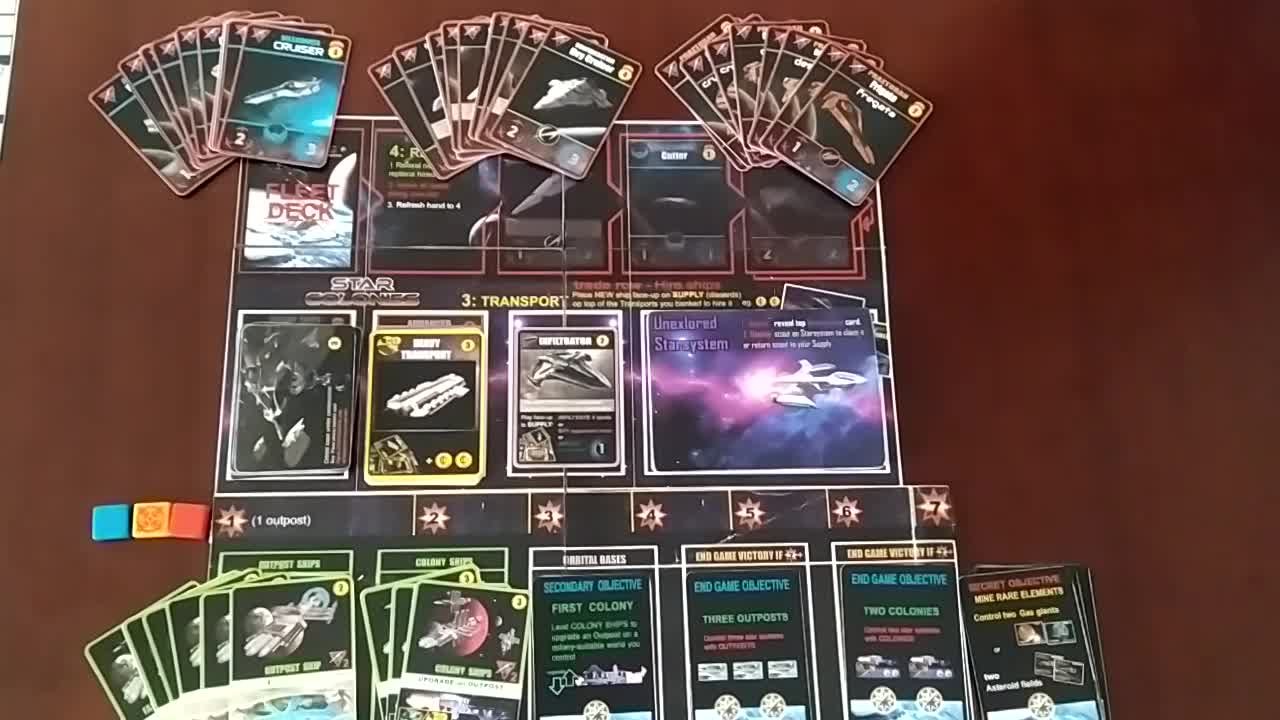 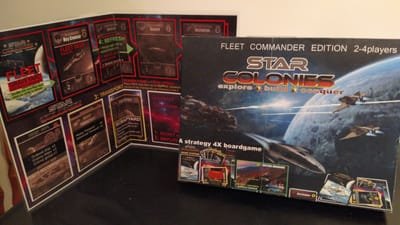 The overpopulated Earth is slowly dying. Three human Factions: The Confederation of Sol, the Outer-Worlds Alliance and the Praetorans of Mars have been fighting for domination of the solar system with space fleets from their bases orbiting Earth, Mars and Titan.

Now with the perfection of the FTL hyper drive, Scout-ships are finally able to explore distant stars. Earth, Mars and Titan have agreed a truce in order to settle colonists in new star systems far from our star.

With a small fleet of ships, you must seek out and settling habitable worlds, but you would be wise to hire warships from these factions to protect your Outposts, for the future of these colonies will be beyond the control of Earth.

When you buy warships, you buy Faction loyalty

Supply your "Build queue" not Discards 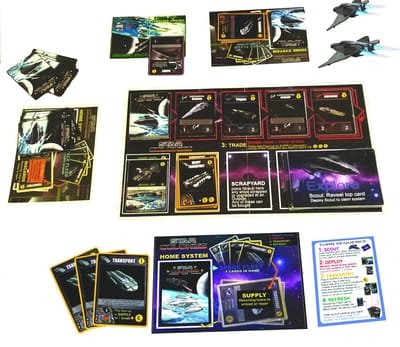 A fast but deeply strategic board game for 2-4 players.


Star Colonies is a 4X (Explore, Expand, Exploit, Exterminate) space game with “Deck-building” and “area-control” mechanics.
Players explore and fight to control the limited habitable worlds as they are revealed.

You play as a pioneer corporation at the advent of FTL. The dire situation on Earth encourages you to explore star systems for habitable worlds.

To win you must control worlds with Outposts and Colonies which give you Victory stars. Victory stars are also gained through open and secret objectives cards.

Each player starts with the same basic deck of Scoutships and Basic Transports.
Your Scouts explore star systems for habitable worlds while your Transports supply credits to build a fleet of spacecraft to protect your systems or capture them from other players. You may buy Outpost ships to build Outposts and later upgrade these to Colonies when you discover or claim a Colony-suitable world.

Players may react to actions between turns.

Other players (corporations) will be buying warships from any of the three military factions and may send them to seize your systems and any Outposts there. You may use your ships to defend systems you have claimed, you may use them to lay claim to other systems in order to control the most victory stars, the future of the colonists on these new worlds will be in the hands of the most daring commander.

Contents:
Star Colonies can be played with 2, 3 or 4 Players. 2 player duels can be quite aggressive so for starting players it is can be actually more interesting to start with 3 or 4 players.  You can also play solo mode and its great fun to play in teams of 2 vs 2 or even 3 vs 3. 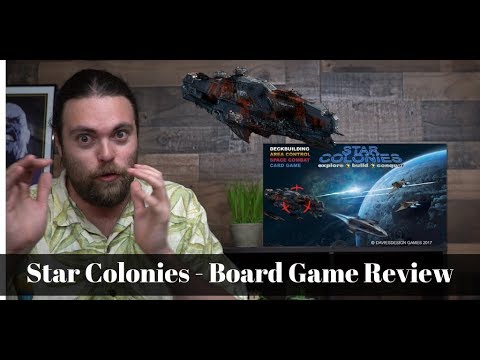 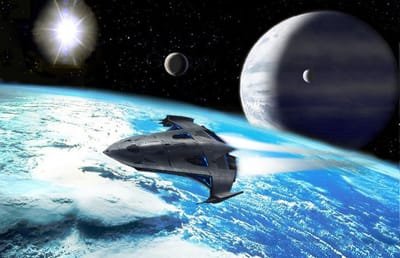 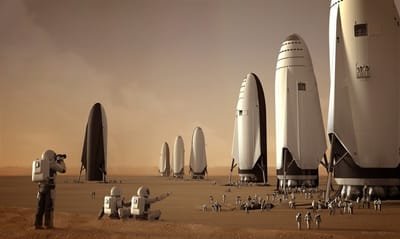 Star Colonies is a Space combat area-control deckbuilding boardgame. This is a Sci fi short backstory by Lawrence Davies

After the devastating economic collapse in the mid-21st century the Western and Asian powers formed the Anglo-Sino-Alliance to maintain control of the diverse and fractured human civilisation. Despite the global recession, technology continued to advance and the new science of Gravitics allowed materials to be carried cheaply into orbit for the first time. Orbital stations were built, then shipyards to construct automated transport ships to bring materials from the moon and asteroids back to Earth.Though most people struggled to make a living under the iron fist of the new world government, the wealthiest moved up to live in luxury satellites known as the orbital colonies. These were built using materials from stray asteroids and the moon.In 2173, a permanent base called The Lunar Outpost was established. Soon colony ships were taking thousands of workers from Earth to mine the mineral resources.

The Moon colony grew and flourished as the mega-corporations used lunar shipyards to build bigger and faster transport ships to supply Earth. The space age had truly begun.
In 2199, An Outpost ship descended on the surface of Mars to prepare a permanent Martian colony. Scientists and Engineers terraformed a small fertile region and founded Mars’ first city; Olympus city. Mars became the World government’s solution to Earth’s overcrowding. 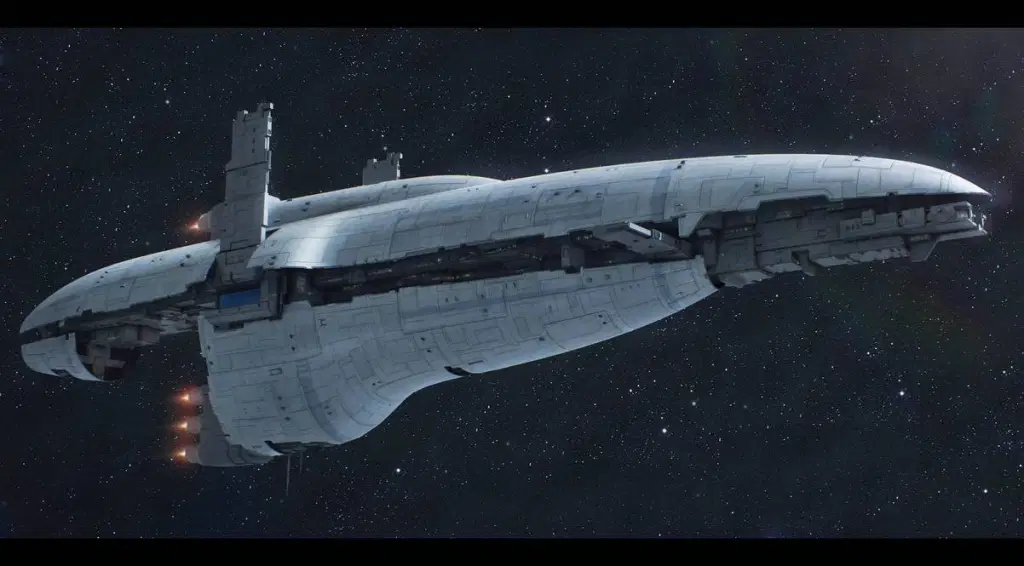 Colony ship after colony ship brought people from Earth to start a new life on Mars. Very soon Mars had its own economy and its own orbital shipyards.Earth’s Government ordered the construction of a fleet of “Terran” patrol ships to maintain order and keep the unruly Martians under control.The confederation of Earth, Luna and Mars Colonies eventually became known as the Terran Confederation in 2241.

In those years of human expansion, the interplanetary corporations and many intrepid pioneers explored the asteroid belt, the moons of Saturn and Jupiter and beyond.
Still, before FTL travel, even the fastest ships took years to reach Titan and the other Saturnian moons. Only a few brave pioneers adapted to a life on Titan at -170*c. Many died. Water was plentiful but hard as iron. Food could only be produced in underground hydroponic farms so most Titanians preferred to live in orbit.

So far from their homeworld, these humans beyond the asteroid belt adapted to deep space. They lost interest in Earth and its ancient problems. They developed their own unique technologies, their own language and became a different people from the Inner world humans: Terrans and Martians. Even with the colonies of Io, Ganymede, Europa and Calisto they numbered merely thousands not billions. These “Outer worlds” eventually formed their own alliance, far from Terran interference.

Apart from the occasional unexplained disappearance of a Confederation transport, they were rarely heard of, and only mentioned in Confederation propaganda, at least till the discovery of the FTL hyper-drive over a century later.

Meanwhile Mars and Earth had problems of their own to deal with. Heavy taxes on Martian materials and unfair food quotas inflamed the unrest on Mars. In addition, Terra continued to transport millions to Mars in Colony ships. Often poor and semi qualified, these migrants were more than the Martian government could handle. Without job prospects, millions died.

Riots and rebellions on Mars were common. In 2377, Terra mercilessly crushed the Food Quota rebellion, The Confederation fleet dropped half a million Terran troopers on the cities of Olympus and Atlas. Four hundred thousand rebels and civilians were massacred in the fighting and the Martian government was removed.
Confederation news said it would end the rebellion. Instead the massacre led to the eventual rise of the Praetorian Republic, and Martian independence.

In 2401 a few hundred Praetorian warriors seized control of the orbital 3rd Fleet Capital Shipyard. Despite heavy losses, they captured several battleships in space dock, and held off a vastly superior number of Terran troops.

Naturally the Terrans sent reinforcements, to recapture and put down the rebellion as before but in the meantime the Praetorians had captured all the orbital shipyards and the Star base. By the time The Confederation first fleet arrived in Mars orbit with an invasion force, they faced a score of their own Destroyers, Cruisers and Battleships, but commanded by Praetorians.
The first space battle in human history became known as the battle of Deimos.

Unwilling to commit his whole fleet against other Terran ships, the Confederation Admiral Tolwen accepted the rebel’s challenge of a duel between the two flagships. His own Flagship TCS Moscow versus the captured Dreadnought TCS Capetown, renamed Thermopylae.

The historic engagement of these two warships changed the course of history for Earth and Mars. The TCS Moscow fought brilliantly using their advantage in naval experience. Soon, the Thermopylae had lost its main turrets and fire control system. The Moscow was also crippled, its main engines destroyed, unable to manoeuvre. Rather than disengage to safe distance, the Praetorian commander Janus Smith ordered his ship to ram Moscow, a move that could could have destroyed both vessels.

Space-armoured Praetorians spilled from the Thermopylae’s hull and into every breach their weapons had opened in the Moscow’s hull. Even outnumbered, they fought the Terran crew at close quarters, using their experience earned in the underground catacombs of Mars, the Praetorians proved to the Confederation fleet and all the worlds media that Mars would not submit to Confederation rule.

Janus Smith was killed as he and his men stormed the bridge of the TCS Moscow. He became the first hero of the new Republic.With the capture of the Confederation flagship, Mars won its freedom. The Praetorian Republic was born and Earth was no longer the centre of the human universe.Fighting would continue throughout the solar system until the invention of the Gravity hyperdrive would put other stars within human reach.

2. The Age of Colonies
The year is now 2450. The overpopulated Earth is slowly dying. For years the three human Factions: The Terran Confederation, the Praetorian Republic and the Outer-Worlds Alliance have been fighting for domination of the solar system with space fleets from their bases orbiting Earth, Mars and Titan.


The Confederation is the global government of Earth. Their vast but aging battleships have protected Earth and its many satellites from rebels, Praetorian pirates and raids from the Outworlds Alliance long before the invention of the FTL drive.The Praetorians of Mars rebelled against Confederation control, their orbital shipyards now produce some of the fastest and most deadly attack ships in the Solar system. While many have become pirates, Praetorians respect honour and courage, and will battle fiercely against more powerful targets.

The Alliance of Outer Worlds are the pioneers of deep space beyond the asteroid belt. With their capital on the Saturnian moon Titan, Alliance ships are better shielded than those of the inner worlds, their frigates and cruisers are equipped for defence rather than attack.

Each faction despises the others but is loyal to their own. For example an Alliance warship will never engage in combat with another Alliance warship. Neither would it support a Confederation or Praetorian warship in any attack or defence of a system.

Now with the perfection of the hyper drive, Scout-ships are finally able to explore distant stars. Earth, Mars and Titan have agreed a truce in order to settle colonists in new star systems far from our solar system.
The Confederate government of Earth pledged to respect the independence of any colonies that can guarantee the safe movement of colony ships out of the Solar system to a new home.

Pioneer corporations are sending scout ships and may soon be sending warships, bought from the now-surplus Confederation, Praetorian and Alliance fleets, to claim star systems and their Outposts. With hyperdrive technology only available to the pioneer corporations, the future of the colonists on these new worlds will be in the hands of the most daring leader. 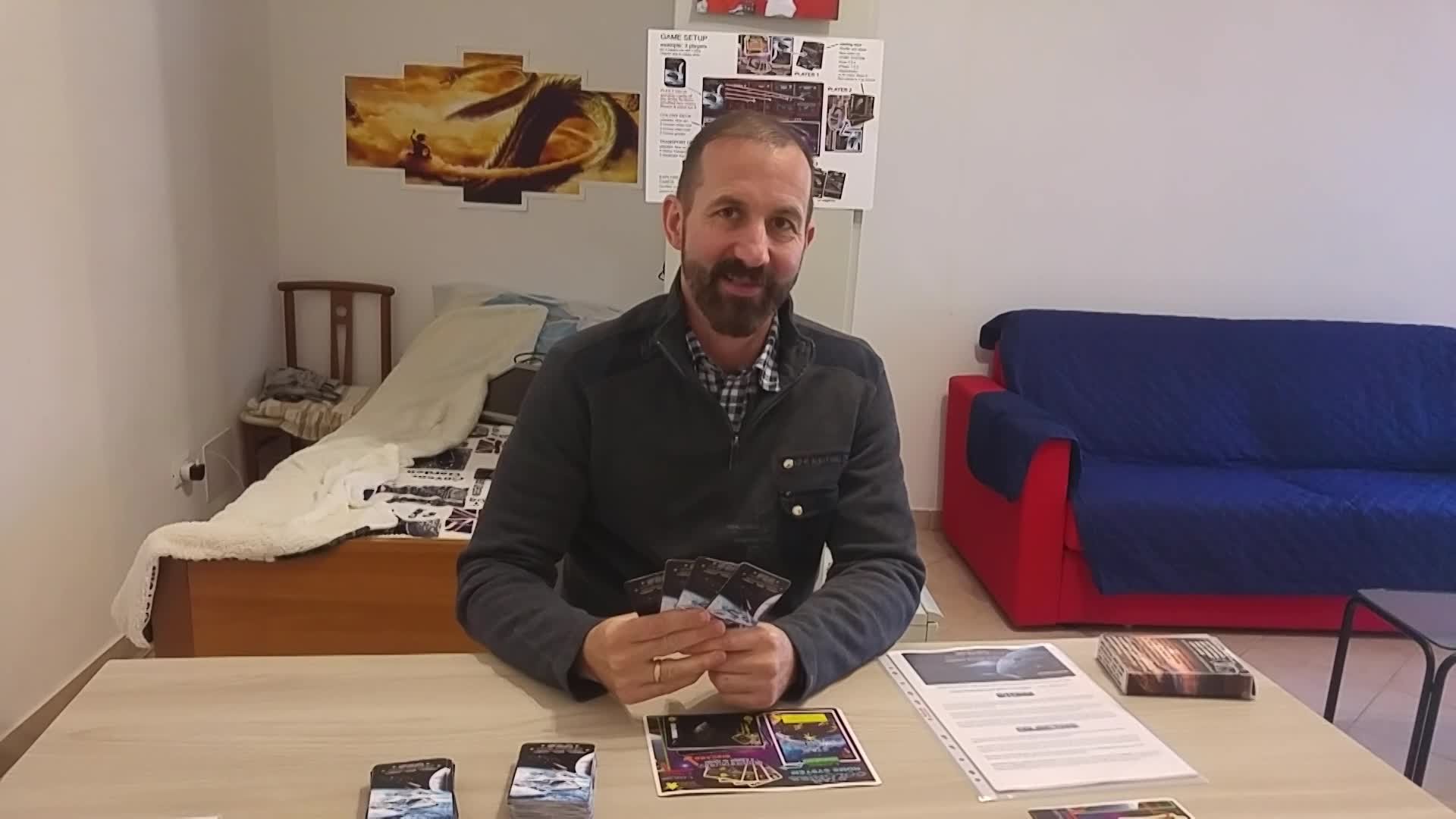 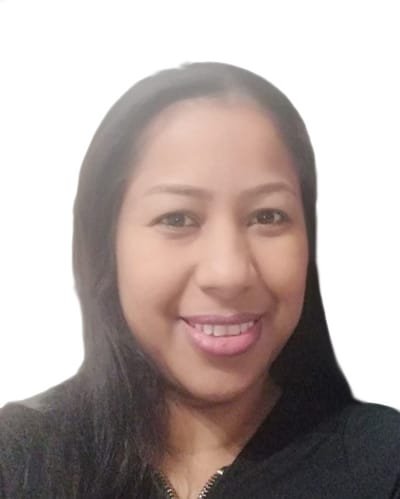 Star Colonies, is much more than a deckbuilding game. A 4X game that feels much more like Twilight imperium (in 10% of the time), than Star Realms or Ascension. 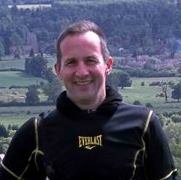 What I like about Star Colonies is that there is almost zero downtime. Players must pay attention and react between their turns (from their hand) if possible. 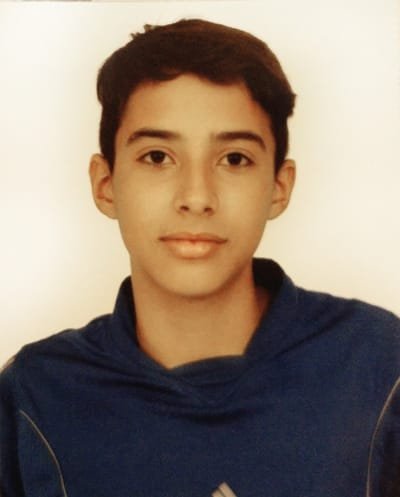 I love building the ultimate battlefleet, but... There is no direct attack or player elimination in Star Colonies! In this 4X game, The 4th X: Exterminate is when you try to claim a planet from a player and gain a Victory star (and maybe another objective too) similar to objectives in Twilight Imperium. 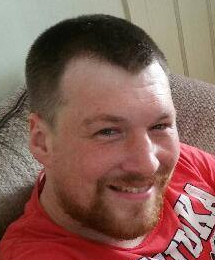 We played Star Realms, Hero Realms, and other deck building games, but Star Colonies is way the most exciting. Well... because I would say the strategy it involves and it actually encourages you to think, and I see that as a very healthy thing, unlike playing video games days on end. I can't wait to play Star Colonies with you again soon. Don't suppose you could send me some transport ships? 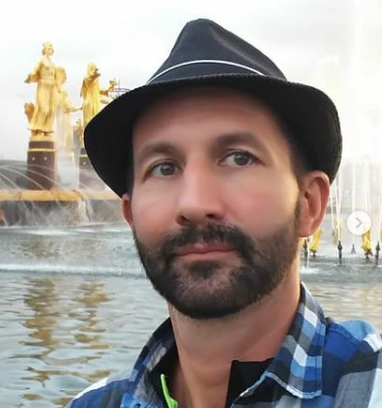 ...players who lose control of ALL their planets can quite easily bounce back into the game and win (as i have done) as it depends more on the player's planning of their deck, than the number of planets you control. 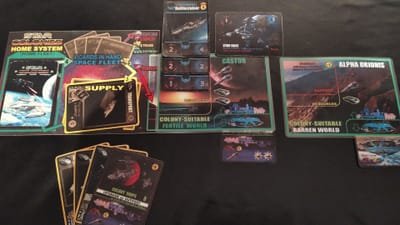 Example of setup and first turn

I BUILT MY SITE FOR FREE USING